Farmer’s Market Tips & $20 Haul! Come With Me! Mind Over Munch

Hey guys we are at the downtown Santa Monica farmers market and my grocery haul video a lot of you guys expressed interest in seeing a farmer’s market haul so I thought why not take it a step further, bring you to the market with me and I can give you some efficient shopping tips along the way. So my first tip of the day is to bring cash to the farmer’s market.

Not all of the vendors will accept cards but of course all of them will accept cash. It’s also gonna help you budget. So if you know you don’t want to spend more than $20 only bring $20. Bring it in cash. Make sure that you bring some smaller bills so that you don’t run into any issues with breaking down the big ones. Alright so the next tip relates to the time of day that you go. There are benefits to going early and going late. If you go earlier in the day you’re gonna have access to the freshest most beautiful produce. But if you go later in the day some of the vendors will offer discounts um because they don’t want to have to leave the market with the produce that they brought.

That being said, a lot of the vendors don’t really like to bargain so don’t go head-to-head with them and try and force them into a discount. Approach them politely see if they offer a discount and then take advantage of it. Another tip for saving money at the farmers market is to look for the produce that is slightly damaged or bruised. So the quality isn’t gonna be compromised but sometimes the vendors will offer discounts if there are bruises if it isn’t perfectly round or perfectly colored. It’s still gonna taste delicious. It just won’t look as pretty. So make a loop around the market before you buy anything. Kinda scope it out, see what’s catching your eye. A lot of times whatever you find at one stall, you’ll find a few stalls down a little bit cheaper So bring reusable bags with you to the farmers market. I have made this mistake before where I don’t bring any bags and I’m trying to cram it all into my purse and it is bad news.

A lot of these vendors will just give you a small bag that holds only the produce that you’re buying. Also you may want to bring a cooler too because there are also uh more perishable goods like fish and cheese and yogurt that you don’t want to leave out in the sun for too long. Don’t be afraid to ask questions. So if you don’t know what something is, if you don’t know how to cook it if you don’t know if it’s ripe, ask the vendors because they will know. Same goes if you want to know how something was grown.

Which brings me to my next tip: buying local can be organic or naturally grown without being certified. Some of the markets like this one do have to be certified but some of the smaller markets where you live may not and a lot of those vendors just can’t afford the expensive certifications but it doesn’t mean that they don’t follow the organic are naturally grown procedures. So definitely ask them. Talk to them about their practices. Ask them if they spray. Ask what they spray. Um ask what they feed their cows. Ask if they grow the food that they sell. Buy seasonally, it’s gonna be way more affordable and way more delicious. Make sure you do your research before you go so that you know what’s in season right now. Taste test. So this is going to vary by market. When we lived in New York City they were a little more stingy about taste testing the food. But here in LA they seem to encourage it. So if they have a taste test out, taste it. If they don’t you can always ask. But I know when I taste the food it really encourages me to purchase it because I know I’m not gonna be disappointed in my purchase if I like the taste. 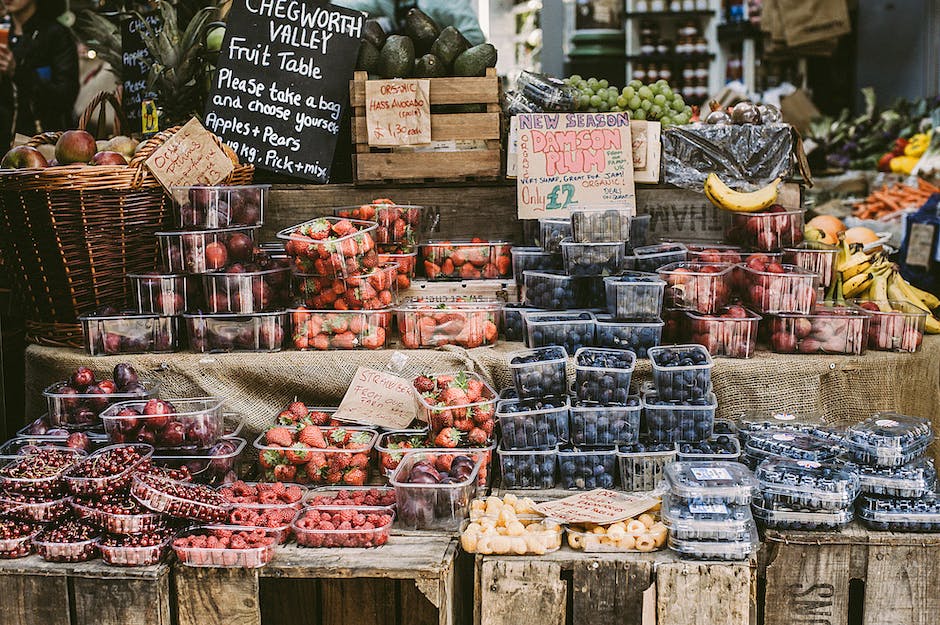 Try something new. Every single time I go to the farmer’s market I try to get one new thing that I haven’t tried before. Sometimes it’s great, sometimes it’s mediocre but it does make the healthy lifestyle a little bit more fun and gives me something to look forward to. And so kinda a “Bonus Tip” today is to remember to use your health brain. Uh it’s really easy when we come to the farmer’s market to just assume that everything is healthy and of course the fresh fruits and vegetables are but you’ll also see vendors for you know cookies and donuts and all of this other great stuff that still has refined sugar.

Even if it’s vegan cookies or organic cookies or donuts or whatever it is. Uh those still have to be consumed on occasion. So just keep that in mind. So I have my $20 and I want to take you with me to see what I can get today. So here is the final haul. We spent uh the entire $20. We manged to get some peaches, pimento peppers, which these are uh the food that I got that I’ve never tried before. Um I asked the vendor, he says that they are the best raw. Um you just cut them up, put them in salad, they’re really sweet and delicious. So I’m really stoked to try those. He showed me how to pick out the ones that were the most ripe. Um it’s by color not feel so that was interesting. I’ve got some green zebra tomatoes These I tasted um at the vendor stand and they’re so tangy and delicious. Um these were some tomatoes that I got in the damaged section. So it was called the second choice um or something like that and they look pretty perfect. I mean the bruising, it’s like really minimal um so that was a really good deal.

Some sugar snap peas. Uh this was really cheap. It was only $1.50 for half a pound so if you ever buy them at the grocery store you know they’re much more than that. I bought some sprouts. Usually I buy Alfalfa sprouts at the store um but they had broccoli sprouts and they said they’re much tastier, more nutritious, lots of cancer-fighting properties. So I figured I’d try them out. Um I’ve got some grapes. These are so firm and delicious. I hate when a grape is too squishy. These are sooo good. Um I tasted almost everything that I got.

A watermelon. That was only like $2.50. Um it’s fresh and my splurge of the day was these honey dates. Now the first time I came to the Santa Monica farmer’s market and got these I was like dying. They’re so sweet and delicious and $5 um it’s my most expensive purchase of the day but if you went and bought these at the store they would be wayyyyy more. So this is really a bangin’ deal. So this entire haul ended up costing $20.25. We did go a quarter over in the budget but we managed to find a quarter in our pockets. So thank you guys so much for watching.

I hope that you gys found these tips useful and I hope that your feeling inspired to go to your own local farmer’s market. If you did enjoy this video, don’t forget that give it up thumbs up and comment below and let me know what is your favorite thing to shop for at the farmer’s market. I wanna know. I’ll see you next time and until then tell them remember it’s all a matter of Mind Over Munch. .